“An idea that is developed and put into action is
more important than an idea that exists only as an idea.” – Edward de Bono –

A consultancy based in Singapore to promote Dr Edward de Bono’s Thinking Methods, it is the official regional centre for Southeast Asia, Hong Kong, Macau, Nepal, Sri Lanka, and Taiwan. It also is the sole distributor of de Bono training materials for the region.

Since 1992, the company has been conducting thousands of highly successful in-house seminars for corporations and public seminars at the Singapore Institute of Management and The Hong Kong Management Association.

Our area of expertise includes

Peter and Linda were the only Asians among the first 12 consultants worldwide to be personally selected and trained by Dr de Bono in the United States. On account of the duo’s phenomenal success, Dr de Bono awarded them with a Lifetime Certification in his Thinking Methods and called them
“the leading trainers of my work anywhere in the world”.

Heading a team of accredited instructors, they have trained more than 50,000 executives in the region. With more than 20 years experience devoted solely to spreading Dr de Bono’s work, they have a clientele of more than 400 corporations and government agencies throughout Asia. The duo have also taken the platform at many international conferences on Education. They include the 1st European Conference on Thinking in Dublin organised by the European Union in 1996 and the 7th International Conference on Thinking in Singapore in 1997.

They are prominently featured in a biography on Edward De Bono – ‘Breaking out of the box’ by Piers Dudgeon, the only biography authorised by the guru himself. Peter and Linda were the first in the world to be certified Master Trainers. Theirs was the first company in the world to be legally permitted to incorporate Edward’s family name into the name of their company – symbolic of his trust in their honesty and the quality of their work. Edward credits them with being the first company in the world to successfully run the De Bono Thinking School for students where students are trained in the use of his tools through a six-year program. The school, which has trained tens of thousands of students from ages 5 to 16 is now in its 23rd year.

Our Founders and Master Trainers

Peter was specially selected by Edward de Bono in 1992 to be among the first 12 persons in the world to be personally trained and certified by him to provide training in the Six Thinking Hats® System, Lateral Thinking and Creativity Programs, The Power of Perception™ program, Focus on Facilitation™, Simplicity and Six Value Medals™.

In recognition of his excellent performance in providing training to thousands of senior executives from major corporations in Singapore and the Asia Pacific, he was appointed Master Trainer by Dr de Bono for Asia in December 1993.

On account of his consistent phenomenal success, he was publicly acknowledged by de Bono in his website message as his “best trainer internationally”.

In 2002, he was among only three trainers worldwide to be awarded Lifetime Certification in all Edward de Bono Thinking Programs on account of his training excellence.

A witty and engaging personality, he has been a guest on television shows in Singapore and featured in numerous human resource publications.

Peter consistently receives extremely high ratings from seminar participants at his public and corporate seminars for his excellent presentation skills, knowledge and fine sense of wit.

In Hong Kong, he has trained the management and executives of China, Light and Power, PCCW, Hutchison Whampoa, Hong Kong Jockey Club and various arms of the civil service and government-linked organisations, including Hong Kong Civil Aviation Department, Hong Kong Efficiency Unit and MTR Corporation, among many others.

Together with his co-director Linda Low, Peter has steered strategic planning initiatives at the governmental level in Sri Lanka as part of their post-tsunami reconstruction efforts, as well as in Nepal, Thailand and Vietnam.

As a keynote speaker, he has taken the platform at international conferences on Thinking including the First International Thinking Conference organised by the European Commission on Education in Dublin.

Peter’s numerous projects in promoting international goodwill through music have been recognised by the Singapore Government and beyond.

In 1979, he was awarded the prestigious Individual National Youth Service Award at the Istana and his subsequent continual outstanding musicianship won him a government scholarship in 1990 to pursue further studies at the Royal Academy of Music in London.

Listed in the Official Artistic Directory of Singapore and the Who’s Who list of American Biographical Institute Inc., he was awarded Papal colours by Pope John Paul II in 1995 and knighted as Knight Commander of the order of St Gregory the Great (with Star) by the Pope in 2003 for his service to the Church and the State.

In 2007, he was awarded a Doctorate in Sacred Music by the Indiana-based Graduate Theological Foundation in the United States.

Outside of his lectures with the Singapore Institute of Management, the Hong Kong Management Association and strategic planning for corporations, Peter is a Charter Member of de Bono Thinking Systems, which is listed in the American INC. 500 of companies. 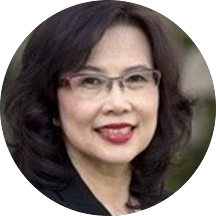 As Edward de Bono’s official representative in Asia, Linda has been key to the popularity of the guru’s thinking techniques in Asia for the last 28 years.

In 2002, due to her phenomenal performance as a trainer, she was among only three trainers worldwide to be awarded Lifetime Certification in all of Dr de Bono’s Thinking Programs – Six Thinking Hats® System, Power of Perception™ Program, Simplicity, Lateral Thinking and Six Value Medals™.

A winner of the Top Performer Award in the de Bono network for 15 successive years in the whole of Asia and Oceania, Linda was acknowledged by the renowned thinking guru as his leading trainer internationally in his website message (16 March, 1997).

She has been invited to deliver presentations to business chiefs at international conferences in Dublin, Chicago, Florida, Malta, Hong Kong, Malaysia, Thailand and Beijing. A dynamic personality, she has also appeared on business programs on television in Europe and Asia.

She is also a certified Practising Management Consultant.

Linda is one the first 12 persons in the world who were specially selected and trained by Dr Edward de Bono to provide training in his methods. Her subsequent success at imparting Dr de Bono’s methods led to her being appointed Master Trainer.

An excellent team builder and motivational speaker, Linda has been highlighted by Meetings and Conventions, a professional training magazine, in a feature article as one of the six most sought after speakers in the Asia Pacific.

She is also known to CEOs as an inspirational coach for personal and leadership effectiveness. Significantly, one of her coaches was the country winner of the Ernst & Young Entrepreneur of the Year Award.

Linda’s experience is broad and deep, and her forte is in sales and marketing, hospitality, healthcare service and finance industries. Other diverse industries include fast-moving consumer goods, communications and media, information technology, electronics manufacturing, energy, transport and logistics, educational institutions and government agencies.

She also specializes in one-on-one CEO and management coaching.

Apart from her regular lectures at the Singapore Institute of Management and The Hong Kong Management Association, she is also a guest speaker at The Royal London Hospital and at many keynote events.

I would like to congratulate Peter Low and Linda Low on becoming the leading trainers in the International de Bono Network of over 722 trainers and the Top Distributor of my Methods in the world. This is the culmination of excellent work over the last 20 years. I wish them continuing success in their great achievements.

I have also appointed them to oversee matters pertaining to the training of my methods in ASEAN, including Hong Kong (SAR), Macau (SAR), Nepal, Sri Lanka and Taiwan.

The provision of training and / or the incorporation of my work into training or educational programs without proper written authorisation is a violation of my intellectual property rights. 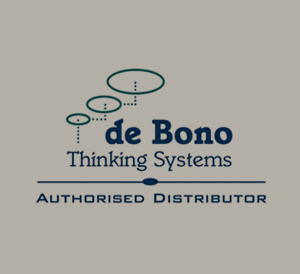